In Search of a Different (Co)existence: The Tradition of Buddhist Hermitage in Ladakh and its Contribution to the Protection of the Natural Environment

Nina Petek, PhD, Department of Philosophy of the Faculty of Arts, University of Ljubljana

The lecture focuses on some segments of the modern tradition of yogis and yoginis, i.e. Buddhist male and female hermits, a tradition continued in the Union Territory of Ladakh of the Indian Himalayas since the 11th century, with a particular emphasis on the isolated lifestyle of hermits on the one hand and their active participation in different social layers on the other hand, especially their important role in tackling pressing issues related to environmental protection.

The lecture will initially outline the life of the Ladakhi yogis and yoginis, a life devoted to various meditation techniques in close connection with the natural world. The isolated landscape intensifies their spiritual engagement; the peaceful, sacred Himalayan nature, suffused with countless forces, awakens spiritual powers and stimulates advanced meditation, soothing the mind and allowing for a thoughtless state. This leads to the experience of “the real essence” (yathā bhūtaṃ), i.e., one that is impermanent, empty of intrinsic identity, whereby the yogis and yoginis see themselves most genuinely and directly as an integral part of nature and the world. On the basis of this experience of interconnectedness with nature, a respectful attitude towards all forms of life has been established. At the same time, hermits defeat the forces of evil through their practices, purifying and making nature even more sacred.

Assistant Professor Nina Petek, PhD, teaches Asian Philosophies, Religions and Cultures at the Department of Philosophy of the Faculty of Arts, University of Ljubljana. Her research interests are ontology, metaphysics and epistemology in Indian Buddhism, Tibetan Buddhism, ancient Indian philosophical schools, and the tradition of Buddhist asceticism in the Union Territory of Ladakh. She is Director of the Institute for the Study of Monasticism and Contemplative Sciences (Inštitut za študije meništva in kontemplativne znanosti).

The event will be held in Slovenian with no translation.

In Search of a Different (Co)existence: The Tradition of Buddhist Hermitage in Ladakh and its Contribution to the Protection of the Natural Environment 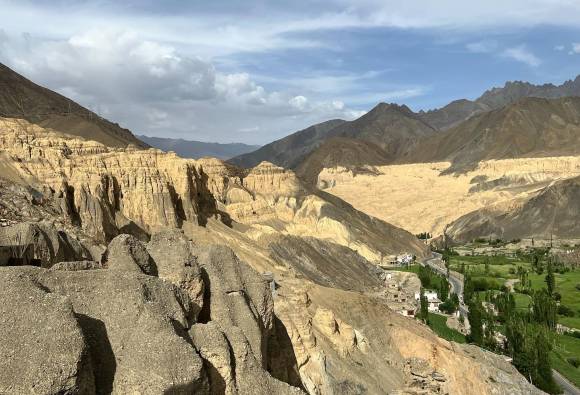 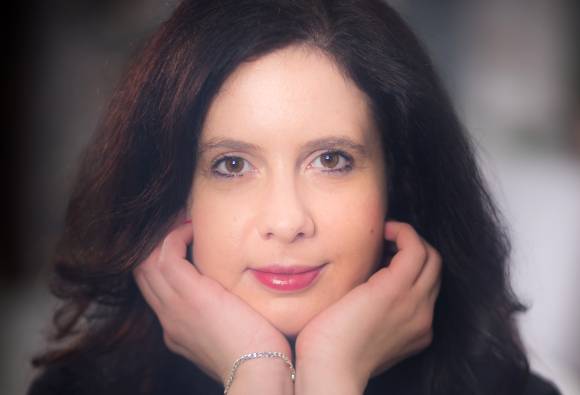 Literature and Humanities
Nature in Religion and Cosmology
Past event

Naturism as a Way of Life: Nature Worshippers' Community of Western Slovenia

The Nature Worshippers' community of Western Slovenia (the Littoral region) is a recently discovered field of scientific research based on transcripts of oral tradition and a collection of conserved objects. This primary source provides evidence of existence of a counterculture, a secret community with pre-Christian and pre-modern features. It not only cultivates an attitude towards nature that is diametrically opposed to the extractivism of modern society, but also re-defines religion as a way of life.

Naturism as a Way of Life: Nature Worshippers' Community of Western Slovenia 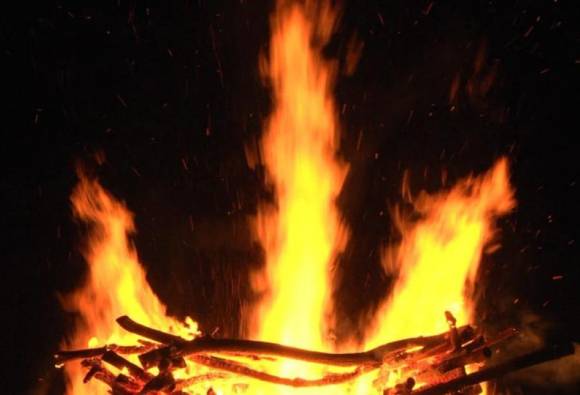 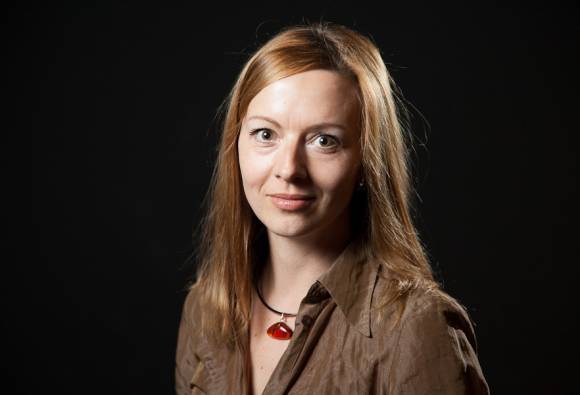 In the light of environmental change and the Anthropocene, one of humanity's main tasks is to become more sensitive to nature and creation. Modern environmental philosophy and theology must therefore be able to think and act in step with a new respiratory paradigm premised on the elements of air and breath. 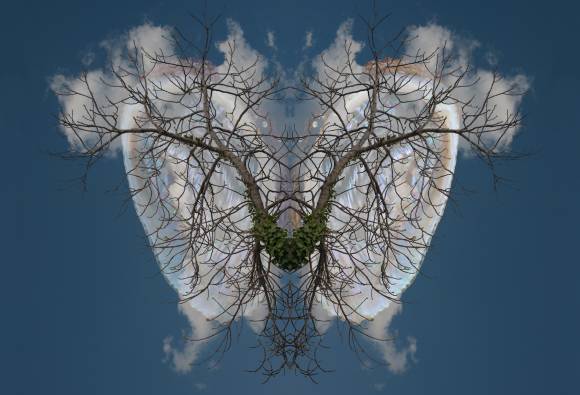 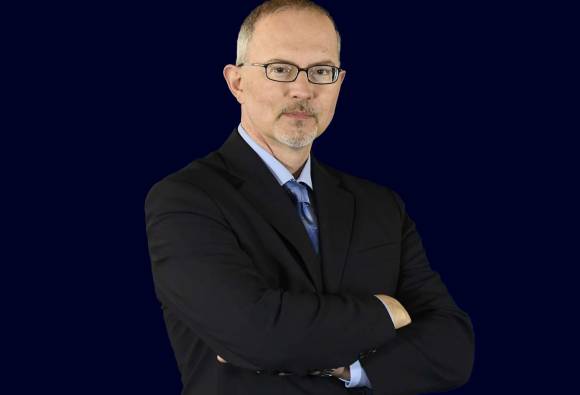 Literature and Humanities
Nature in Religion and Cosmology
Past event

The ambiguous attitude of monotheistic religions to the natural environment. While on the one hand, our world and nature are God’s creations, on the other hand nature is not divine in itself – humans are supposed to govern nature sensibly and subjugate it in accordance with their needs. This view is undergoing a shift. At the heart of this change are a greater sense of responsibility towards the world and an awareness of the co-belonging of all beings. 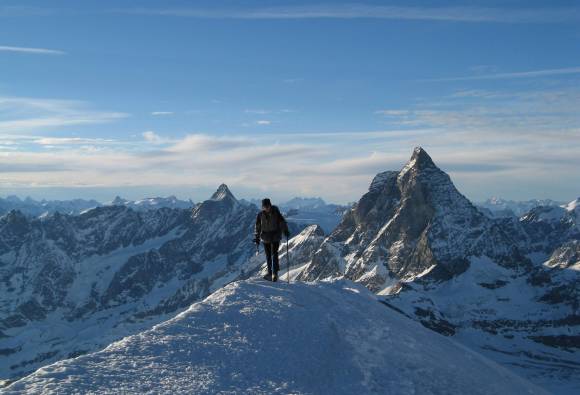 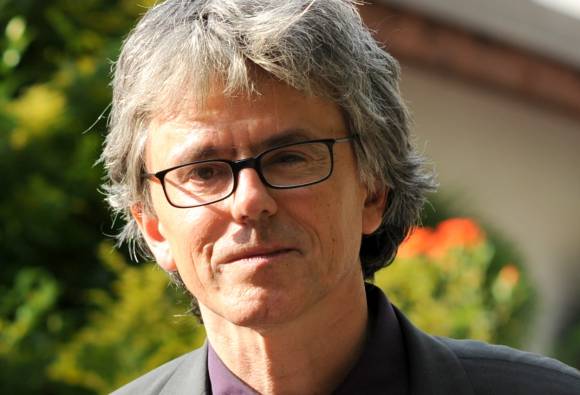 Marko Jesenšek: The Emergence of the Uniform Slovenian Standard Language in the Mid-19th Century
The Slovenian standard language had a dual development. Until the mid-19th century, the Carniolan and the Prekmurje Slovene had a standardized written norm, but a number of regional languages were also spoken. With the Revolutions of 1848 (The Springtime of Nations), the various regional varieties merged into a uniform modern Slovenian language.

Matej Šekli: A Newly Discovered Linguistic Fragment of 12th-century Proto-Slovenian
A twelfth-century Latin manuscript originating from the Heiligenkreuz Abbey, a Cistercian monastery in the southern part of the Vienna Woods (Wienerwald), contains numerals 1 to 10 written in what was presumably the local Slavic. Genealogically speaking and considering the phonetic characteristics of this language, it is possible to maintain that these entries are an early example of proto-Slovenian. 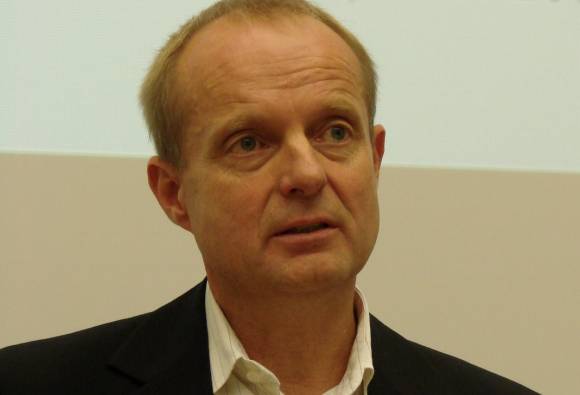 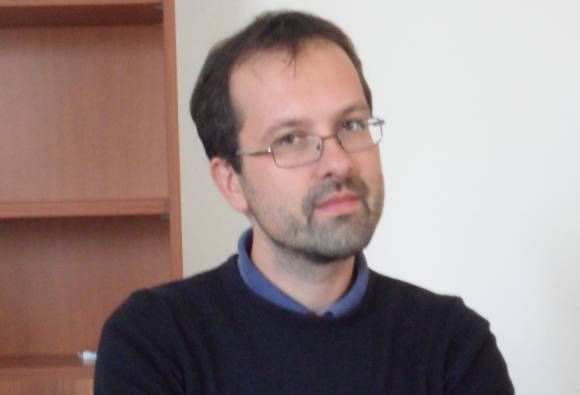 Dr. Silvija Borovnik: Interculturalism of Slovenian Literature in Austria (Lipuš, Haderlap, Handke)
The lecture examines selected literary works by Florjan Lipuš, Maja Haderlap and Peter Handke, with a particular focus on the relationship between the Slovenian and German elements in their works.

Lidija Golc, MA: On the 100th Anniversary of the Birth and the Tenth Anniversary of the Death of Janko Messner
The lecture focuses on Janko Messner, a Slovenian writer in Austria’s Carinthia and versatile culture professional, and his contribution to textbooks in primary and secondary education. Attention will also be devoted to the preservation of his legacy and the unveiling of a commemorative plaque erected by the Slovenian Writers' Association in Austria. 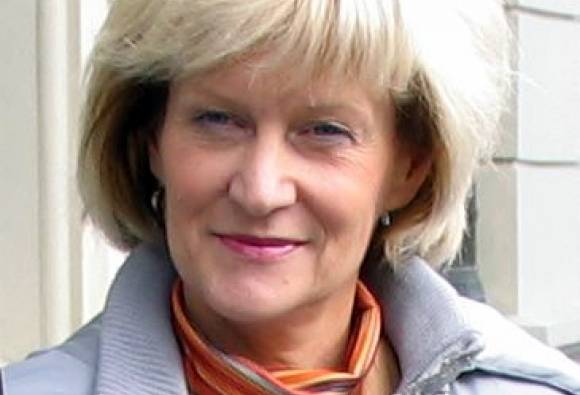 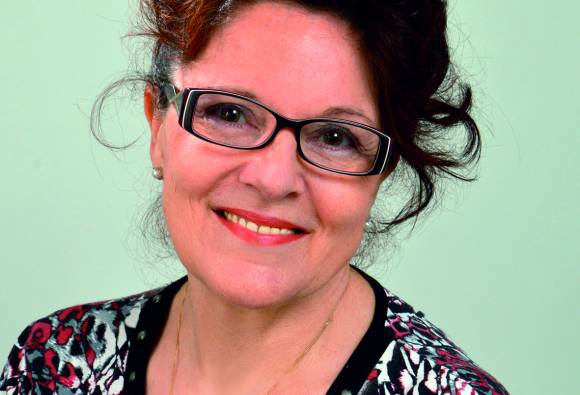 Dr. Marijan Dović: Nineteenth-century Slovenian poetry and the Mountains: The Birth of a Mythical Place from the Spirit of Poetry
The lecture focuses on 19th-century Slovenian secular poetry and its relationship with the mountain world. Among other poets, Žiga Zois and Valentin Vodnik recognized the national and poetic potential of the Triglav Mountain Range, including Bohinj and the Savica Waterfall.

Dr. Vesna Mikolič: Keywords – The Key to Ivan Cankar’s Literary Works
The starting point for the new reading of Ivan Cankar’s works, as well as all challenging literary works, is the presupposition that every artistic expression must be understood just like we need to understand every language we wish to use. The lecture focuses on some of Ivan Cankar's keywords that largely correspond to the keywords of Slovenian culture. 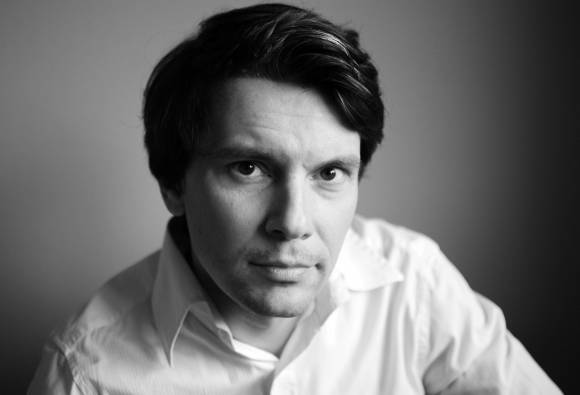 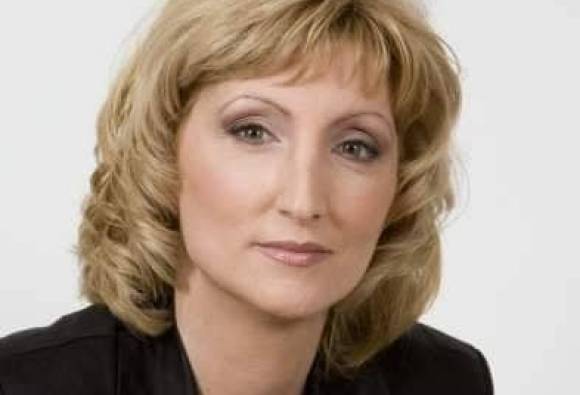 Dr. Kozma Ahačič: Fran and Franček – Dictionaries as Companions in Our Daily Lives
Online dictionaries have allowed lexicographers to establish closer contact with dictionary users. On a global scale, the Franček and Fran portals are prime examples of how lexicography in connection with language research can become a constant feature in our daily lives. 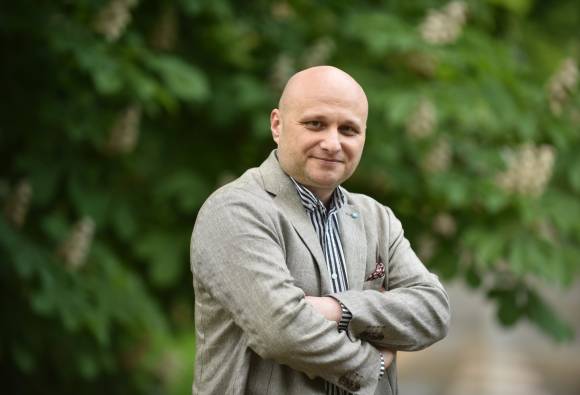 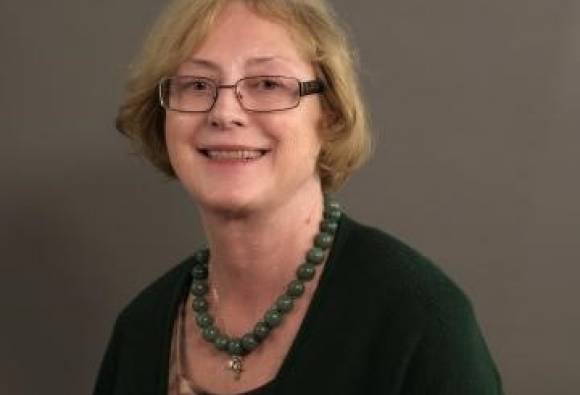 A talk in the context of the exhibition Skin

We will discuss with the artists their creative process, their projects, and the broader social significance of their practices. We will talk about art, society, the tangible and imaginary surface of skin, our identity in the age of online networks, posthumanism, hybrid identities and last but not least the privileged place the body occupies in a wide variety of art practices.

Špela Šivic (1998) is a young Slovenian photographer. While attending the Faculty of Applied Sciences – VIST in Ljubljana, she expanded her knowledge of photochemistry and various darkroom processes with photographer Peter Fettich who has been member of the Kela collective over the past year. She decided to spend her third academic year in Bari, at the Accademia di Belle Arti di Bari. She uses the analogue technique and occasionally complements her works with other means of artistic expression, thus exploring in terms of both content and form how to render the moment that occurs in front of the camera in its final form as genuinely as possible. Her first photography book, Brugnon, came out in February 2021. Last September Špela Šivic and Jaka Mojškerc held the exhibition MOMCI and some other or less related things.

Goran Bertok (1963) studied journalism and comparative literature and graduated in 1989 in journalism from the Faculty of Sociology, Political Science and Journalism – FSPN (now Faculty of Social Sciences – FDV). In 1990, the central motif of his first solo exhibition held at the ŠKUC Gallery was the human body bearing signs of physical violence. In subsequent series, Bertok explored the transitions between all stages of violence; from make-believe violence, intentional harm done to one's own body and/or the other’s body to the organised violence that society inflicts on the body of an individual, culminating in physical death and complete destruction of the body.

Karina-Sirkku Kurz (1979) is a Finnish-German photographer and visual artist currently based in Berlin. She studied in Bremen, Lahti and Helsinki where she graduated with a master’s degree from the Department of Photography at Aalto University School of Arts, Design and Architecture. Kurz’s work UNGLEICHGEWICHT (Imbalance) has won and been nominated for several prizes. The book of the same name won the Nordic Dummy Award in 2015 and was then published by Kehrer Verlag. In 2017, UNGLEICHGEWICHT was honored with the Finnish Photobook Award, organized by the Association of Photographic Artists and The Finnish Museum of Photography. Photographer Alec Soth chose the winner. Kurz is a member of the Union of Artist Photographers in Finland and Deutsche Fotografische Akademie. She received several grants, among others, from Haus am Kleistpark in Berlin, the Finnish Cultural Foundation, The Arts Promotion Centre Finland, FRAME Contemporary Art Finland, Norwegian Arts Council and The Swedish Cultural Foundation in Finland. Kurz’s works can be found in the Finnish State Art Collection, the Collection of “The Finnish Museum of Photography” and in private collections.

Görkem Ergün (1981) is an artist and also works in a photography archive in Istanbul. In his lens-based works, Ergün focuses on the relations between culture, design and violence with a body-centered point of view. Scientific developments, new technologies, great destructions and rituals make it possible to create new meanings about the consequences of focused relationships and how these relationships can be transformed. His works have been exhibited in various galleries, museums and showcases.

A talk in the context of the exhibition Skin 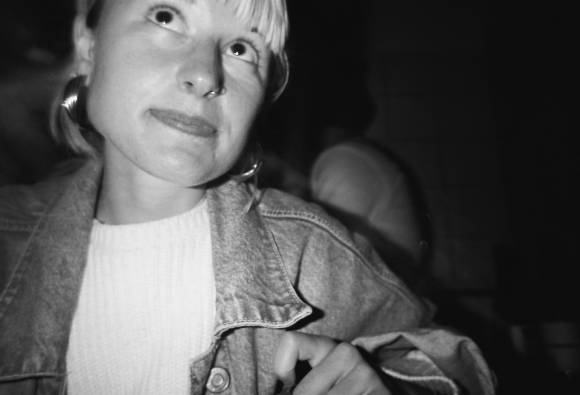 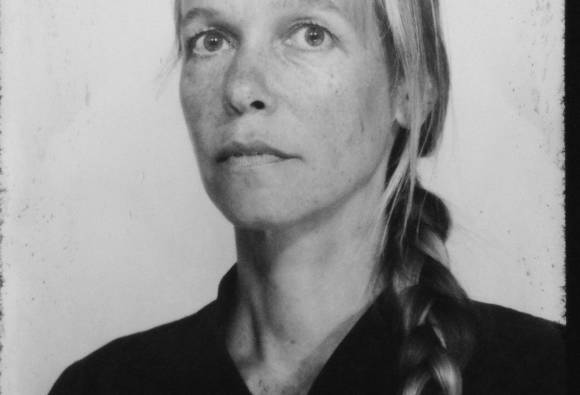 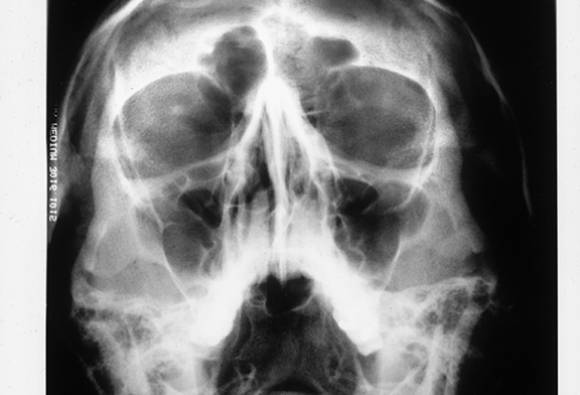 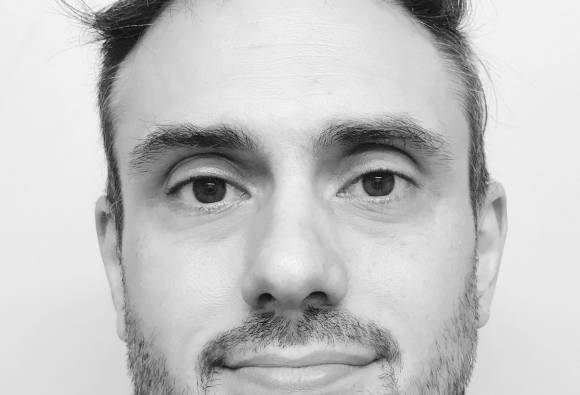 
In cooperation with the Society for Comparative Religion 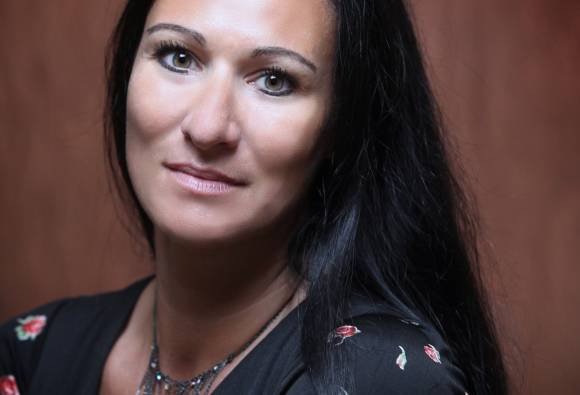 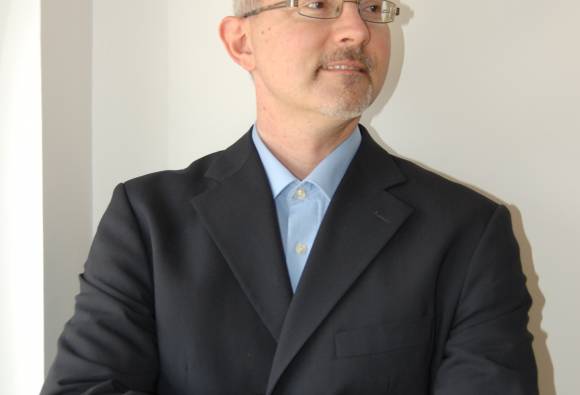