Thirty-one-year-old Iranian conductor Hossein Pishkar won the German Conductors’ Award (Deutscher Dirigentenpreis) in 2017 as well as the Ernst von Schuch Prize. After studying the piano and composition in Tehran, he moved to Germany in 2012 to study conducting with Rüdiger Bohn, subsequently attending masterclasses with Riccardo Muti, Bernard Haitink and other renowned conductors. He gained experience as an assistant conductor with Hermann Bäumer, Sylvain Cambreling and Daniel Raiskin, performing operatic and symphonic works.

The programme of his debut with the Slovenian Philharmonic Orchestra will open with a new work by young Slovenian composer Leon Firšt. In his composition Refleksije (Reflections), the award-winning composer draws thematic material from the piano preludes by Lucijan Marija Škerjanc, as well as from his own compositions. This will be followed by Gustav Mahler’s four songs Lieder eines fahrenden Gesellen (Songs of a Wayfarer), which the famous conductor and late-Romantic composer based on his own texts. Mahler reworked the sonic concept of the songs several times, conducting the premiere performance of the orchestral version in 1897. The concert will be rounded off by Jean Sibelius’s Symphony in E minor, the first of seven symphonies by the most important Finnish composer. It features numerous solo passages within the orchestra, beginning with a long introductory clarinet solo. 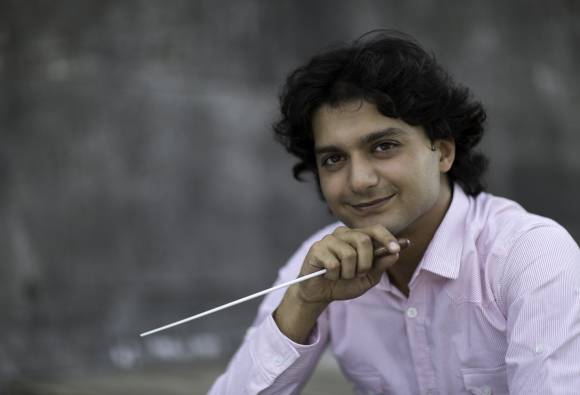