Our king of instruments, producing a wide range of timbres, was manufactured at Karl Schuke’s Berlin workshop.

The organ assembly took almost six months, as did the intoning and tuning.

The organ was first sounded on 23 Sept 1982 at the Gallus Hall inauguration concert given by the Slovenian Philharmonic Orchestra.

The Gallus Hall organ has 4 manuals and a pedal keyboard.

73 organ stops admit pressurized air to a set of almost 8000 pipes with a stoplist including German, French, Italian and Spanish elements.

The volume of the largest pipe is several hundred litres.

The wind turbine, connected to an electric motor, pushes 53 cubic metres of air per minute into the space under the pipes – the wind chest table.

In order to maintain its capacity, the organ has to be played on average three times per week for at least two hours.

Cankarjev dom’s organ investment is the highest in the history of Slovenian nation.
According to current estimates, its value would amount to one million one hundred thousand Euros. 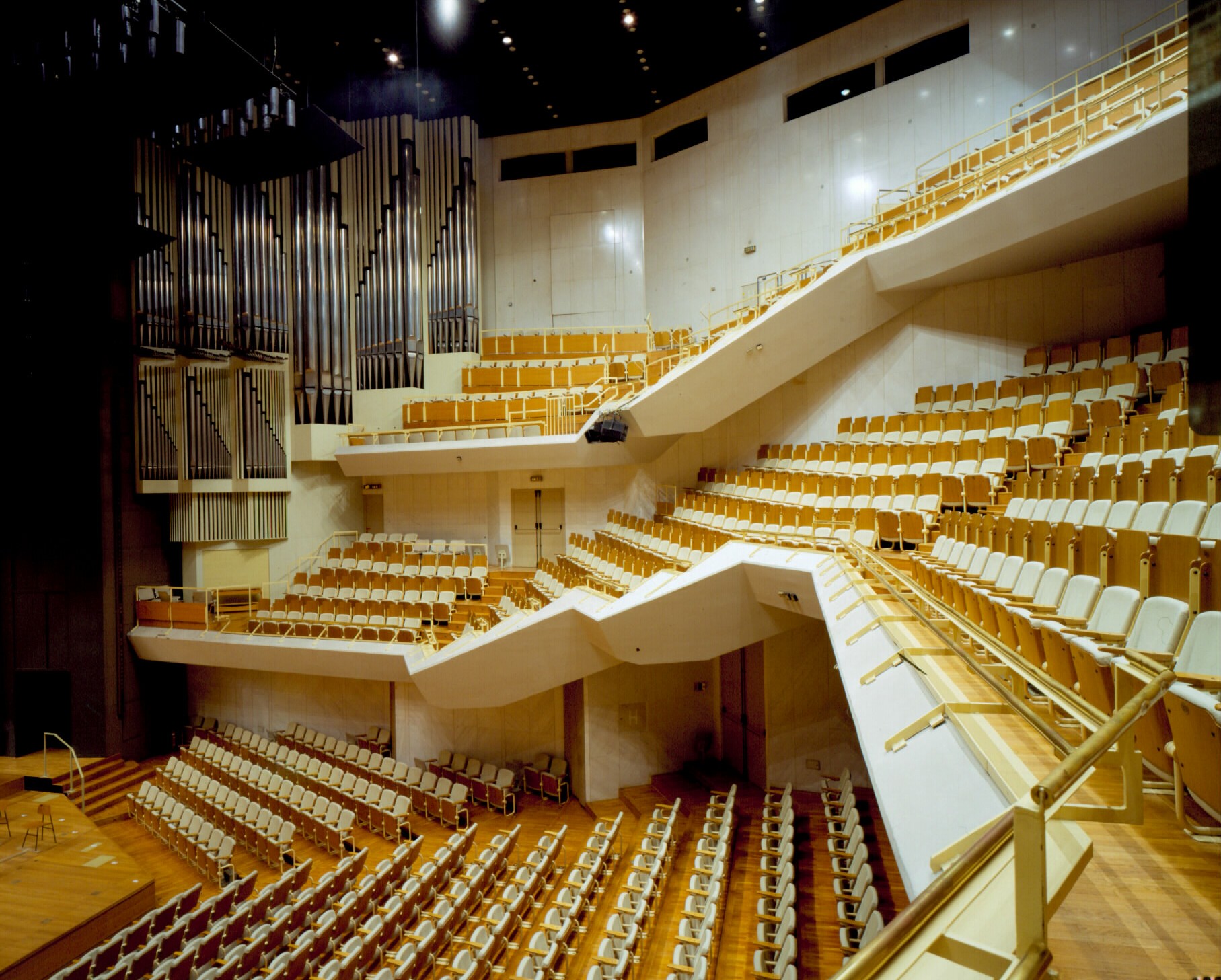