Urška Centa: Sinsonte, A Song Left Unsung in the Throat

Sinsonte, a bird of four hundred voices; a mockingbird that forms different layers of sound to mimic its surroundings, to appropriate the calls of other species and speak the same language, to blend in. Its nomadic living environment is a large city; it forms part of the bird’s concealed and transfigured nature, which is reflected in the daily lives of alienated humans. Alienated from nature, life in the urban jungle juggles with the intertwined notions of freedom and captivity on a daily basis. Sinsonte turns night and day upside down and calls out also at nighttime; struggling for survival, it soaks up the noise frequencies and the glare of neon lights that extend the dimensions of its daytime.
Sinsonte is an allegory of bird behaviours and languages that are mirrored in human form and search for animality through movement and sound; seeking the raw beauty of a bird's movement and its vocal interaction with the environment. Nature’s light and darkness are immersed in Urška Centa and Jani Moder’s movement and sound, unveiling to the viewer a dystopian world imbued with the symbolism of duality hidden in the parallel lives of bird and man.
A bird’s life is interlaced with regular behavioural patterns and rituals, where movement and sound occupy a position of interdependence. Bird dance is born out of song. Since birdsong – as a simple vibration – creates the music of nature, Sinsonte's choreography rests on the soundscape and rhythmic patterns of a bird’s life. It embodies the fascination with freedom that humans find in a bird’s life by erasing the boundaries between dance and playing an instrument, whereby exploring the physical experience of a body in flight.

Urška Centa: Sinsonte, A Song Left Unsung in the Throat 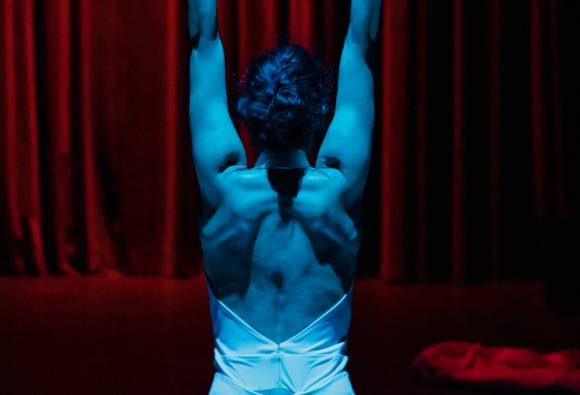 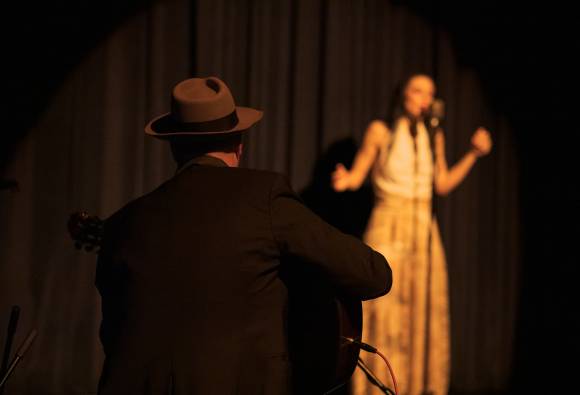 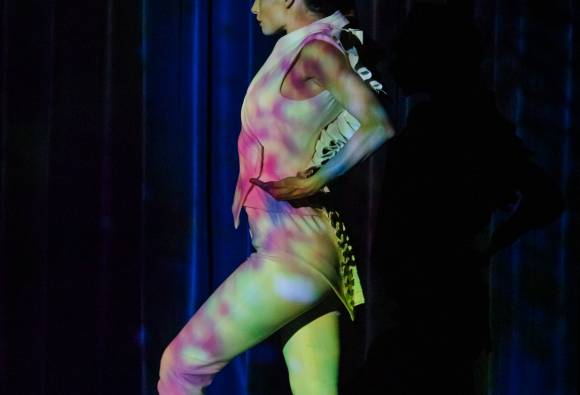 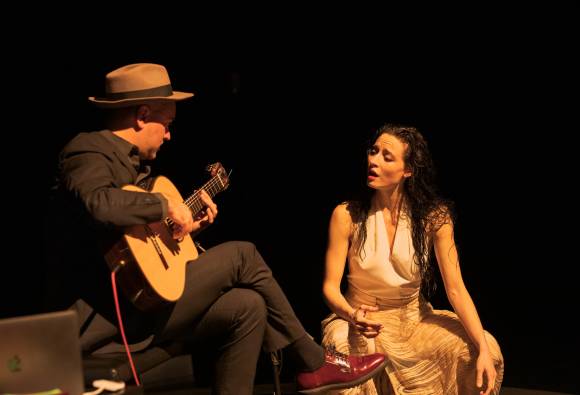 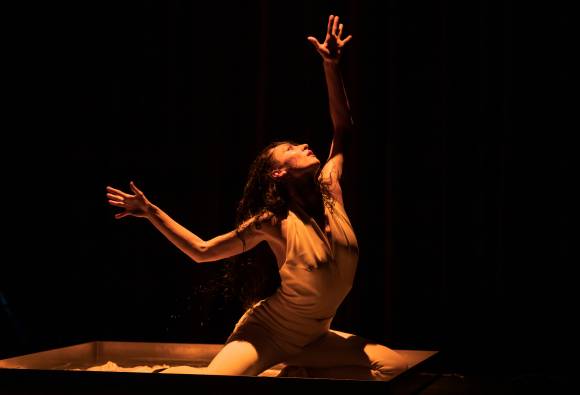 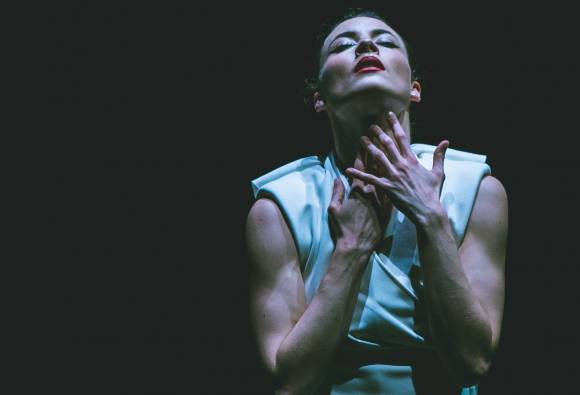 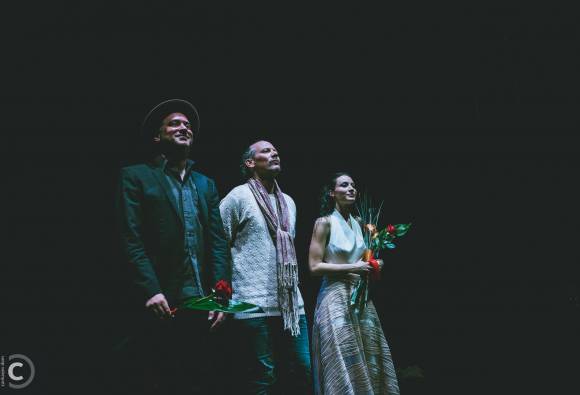 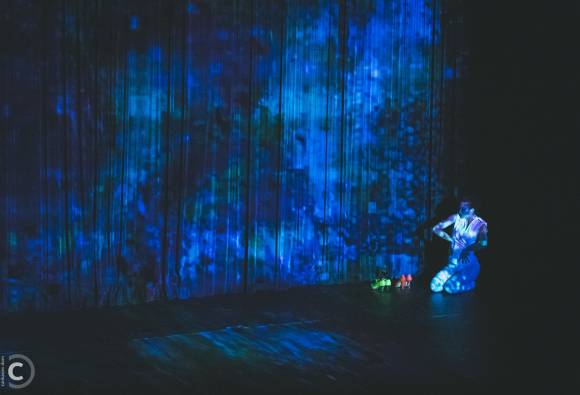 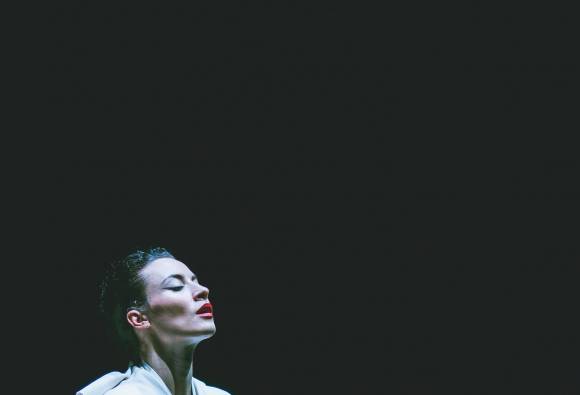 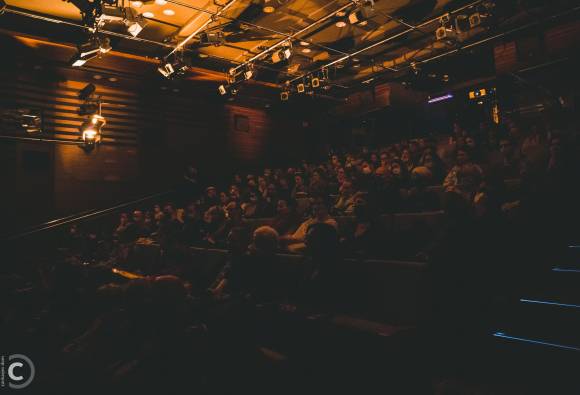 In cooperation with Flamenco Biënnale Nederland 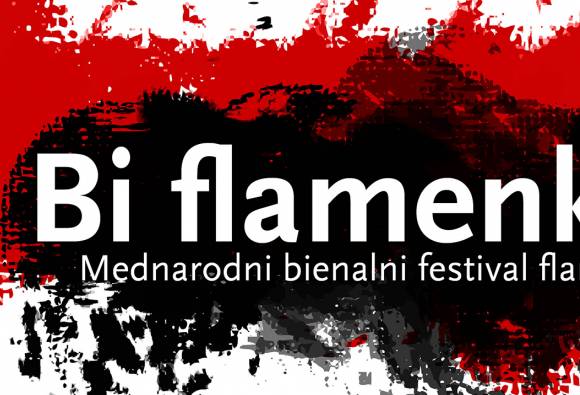