Conductor Aziz Shokhakimov, born in 1988 in Tashkent, has been thrilling audiences since he was thirteen years old, when he debuted with the Uzbek National Symphony Orchestra. In 2010, he won the second prize in the prestigious Mahler Conducting Competition, and in 2016 he won the young conductors’ competition at the Salzburg Festival.

Last year, he enjoyed an extremely successful debut with the Slovenian Philharmonic Orchestra, and he has been invited again this season to shape an interpretation of Ludwig van Beethoven’s heroic Symphony No. 3. The composer angrily destroyed the dedication of this work to Napoleon, who, as a self-crowned emperor, had defiled the republican ideals of freedom, equality and fraternity. Instead, he entitled the symphony “Eroica”. In this epochal symphonic masterpiece, one can nonetheless sense the composer’s humanitarian ideals, which are intertwined in the enchanting drama and lyricism of the musical tissue. Richard Strauss used a quote from the second movement, the funeral march, in his Metamorphosen for 23 solo strings, which he wrote towards the end of the Second World War. The dense melodic lines intertwine contrapuntally in a predominantly dark and distinctly elegiac undertone. Among the central five themes we also find the famous rhythmic “fate motive” from Beethoven’s Fifth Symphony. In view of the tragic war period and the composer’s writings about the collapse of German culture, the work can be understood as a lamentation for the war atrocities that had destroyed centuries of (German) cultural evolution (among other monuments, the Berlin and Munich opera houses were destroyed during the war, and the Vienna opera house was also damaged immediately prior to the completion of Metamorphosen). The composer wrote “in memoriam!” in the score next to the last quote of Beethoven’s funeral march. 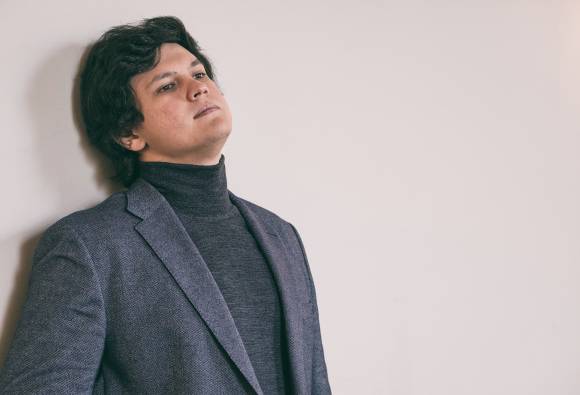