The Gesualdo Six is a rising star in the world of vocal performance. Within the four years since its formation, one of the hottest British male vocal consorts has taken the music world by storm, winning widespread popularity in Europe and beyond. Comprised of some of UK’s finest young consort singers (countertenor, tenor, baritone and bass), The Gesualdo Six is directed by Owain Park, a composer, conductor, singer and organist. Highly professional and experienced despite their young age, the consort members sing with utter conviction, perfect intonation, impeccable blend and just balance between voices.

In 2018 releasing their debut recording on Hyperion Records, an album of English renaissance polyphony titled English Motets, the consort continues to broaden their rich vocal repertoire. Whilst initially focusing on early music, concert programmes began to reflect a desire to include more modern repertoire and now renaissance polyphony is often juxtaposed with works by composers such as Ligeti and Poulenc, and commissioned compositions by young composers. The consort will demonstrate their impressive capacity to weave rich aural tapestries with beguiling confidence also to the Ljubljana audience.

“The Gesualdo Six have everything going for them – talent, youth, stamina, confidence and years of experience of singing the most difficult vocal polyphony in the repertoire.”  (The Tablet, 2016) 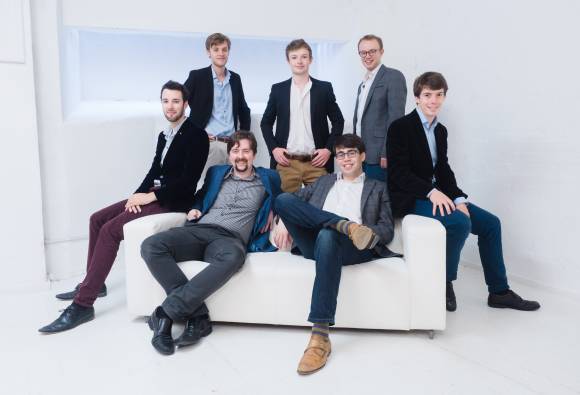