Cankarjev dom Theatre and Dance Maguy Marin: May B

May B is a distant tale, emerging from a time without an era, from a life without order or measure. The strength of May B lies in its ability to recount stories about life’s major milestones, births, and deaths, childhoods and the winter of our lives, delivering a ‘catalogue of essentialities’. It is a tale of the body and body-against-body launching, in its opposition to classical narrative structure, expeditions into the continuities of time and space inhabited by the Dionysian – epicurean – spirit.

In 1981, for May B, Maguy Marin developed a style of movement that treads a fine line between dance and theatre. Navigating between the two, but never completely succumbing to one or the other. Toying proficiently with elements of both mediums, Marin blends them into a certain 'May-Beism'.
“For us, this work, based on the writings of Samuel Beckett, was the basis for a secret decoding of our most intimate, most hidden, least known gestures. In it, the movement and theatrical atmosphere are at odds with the physical performance and aesthetic of the dancer. … In this work, which is theatrical in principle, for us the interest was to develop neither words nor speeches, but gesture in its broken-down form, and in so doing, search for the meeting point between the contracted movement of theatre on the one hand and dance and choreographic language on the other.” Maguy Marin

The show is accompanied by one single line from Beckett's play Endgame: “Finished, it’s finished, nearly finished, it must be nearly finished”. This fragment is crucial to Marin’s choreographic style. This is because Beckett's language is characterised by a musical texture and pattern, and the more his works are minimalist, the closer they arrive at a choreography, a dance of words and silence. It's this increasingly abstract Beckett that Marin succeeds in summoning in May B. Beckett that actually dances. 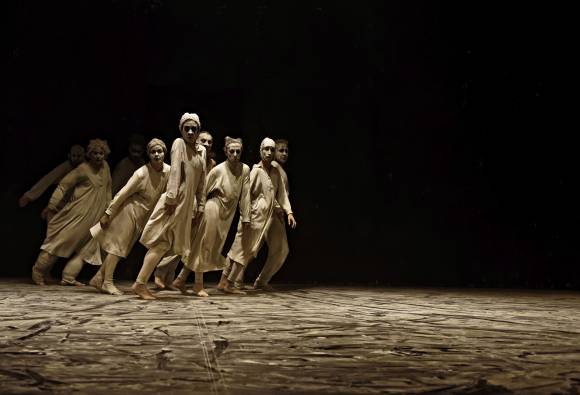 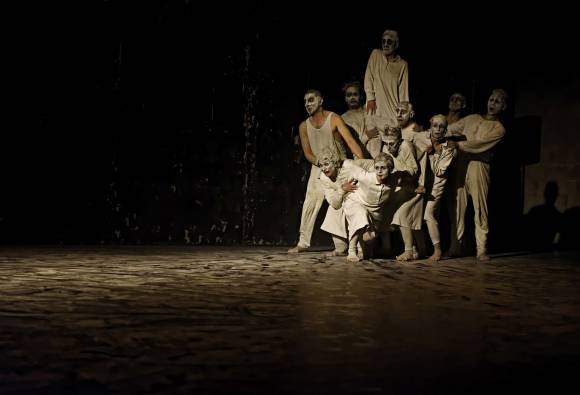 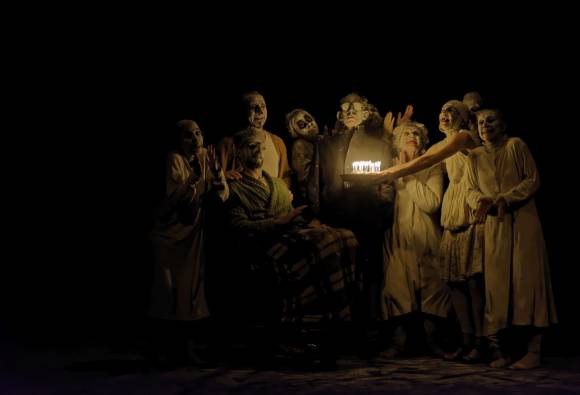 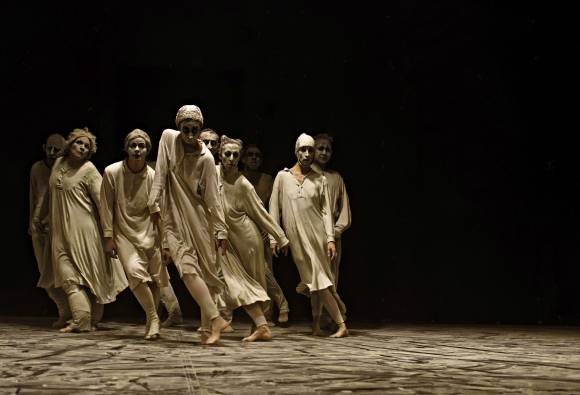 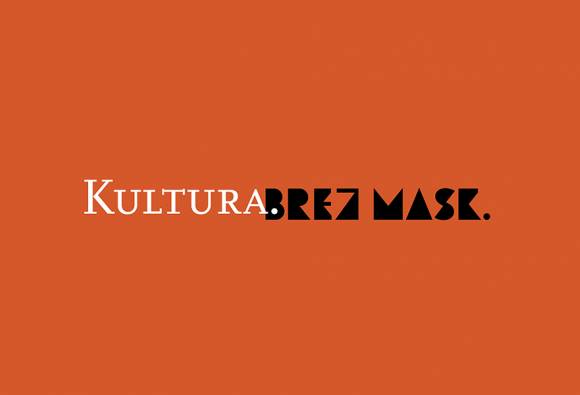