Music
Event by other organiser
Past event

Cantabile Symphony Orchestra was established in December 2010. Excellent young musicians from whole Slovenia come together to play in this wonderful orchestra which enjoys frequent collaborations with many distinguished soloists, as well as providing younger and promising musical talents an opportunity to perform with a renowned orchestra. Cantabile has already performed in many musical settings and on many different stages, playing a very diverse programme and always winning the heart of the audience. Cantabile is led by its founder and conductor Marjan Grdadolnik.

The orchestra plays mostly classical and film music, while in 2013 it was the main part and attraction of respected Slovenian multi-instrumentalist and musician Gal Gjurin's concert tour which also continues in 2014. also in 2013, Cantabile played 16 independent concerts in Slovenia and abroad. So far, numerous soloists (more than 30) have performed with the orchestra, including the internationally acclaimed mezzosoprano Bernarda Fink. In collaboration with Slovenian choirs, Cantabile also likes to prepare and present vocal-instrumental projects. Every festive season, the orchestra organises and plays the very popular New Year's Gala concert which predominantly features the works of Johann Strauss II.

The traditional Christmas concert is a central musical event in the capital during the festive period. This year too we will be able to enjoy the traditional folk Christmas songs and melodies. 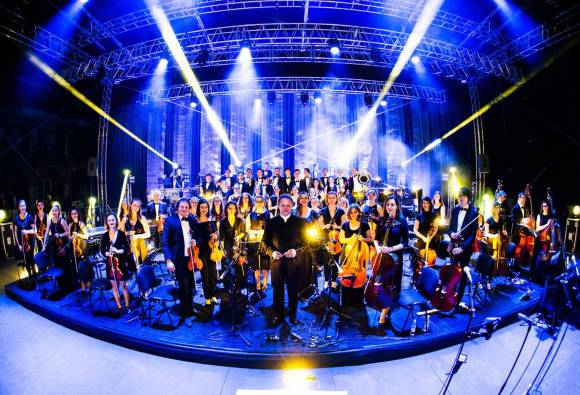