A folk tale belongs to the storyteller only while he is narrating it. Afterwards, it again belongs to everyone. Available for further use. 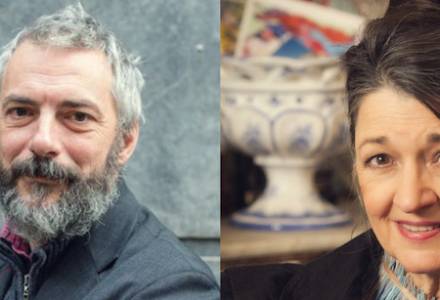 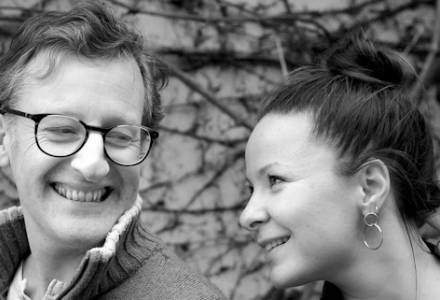 Before the Festival, for the Second Time

Stories are no solitary animals. They grow out of each other. They draw their meanings from related and unrelated stories, from earlier and more recent ones. They come in flocks, in swarms. They are like a host of different voices sometimes capable of resonating in harmony and other times being merely noise on the verge of listenability.
It is a loquacious world we live in, a world that has chosen to use stories as its means of communication. When humans can no longer embrace the world with thought, it being too complex, chaotic and fragmented, they begin to narrate stories. And when they engage in self-investigation, they deepen their self-understanding by telling others about themselves.

Thus, (auto)biographical accounts are coming to the forefront in anthropology, literature, theatre, film, journalism. Providing space for the subjective narrator, unreliable memory, the endless possibilities of self-invention through a story. They make us jointly abandon ourselves to the illusion that one’s life can be transformed from chaos and accidentality into a story with causes and consequences, into a meaningful story. Perhaps this is not immediately noticeable, but when organising our lives into a story, we often adopt the narrative structure we have unconsciously embraced from fairy tales as children. It seems that being raised on the structure of a magical fairy tale, we search for heroes in life’s stories even as adults and hope for a happy ending.

The fact that over the past decades even classical narrators, as great advocates of folk tales, tended to use true stories as material for their storytelling performances, reveals something about which stories still seem worth telling and listening. And it also points to one of the truths about folktale narration. As a storyteller, one can successfully improvise only when articulating the subject matter one is well acquainted with. You can only creatively and freely play with the content you are at home with. And one must admit that most people nowadays consider folk tales a curiosity rather than a vital part of their daily lives. Something so distant from life demands much more effort, more work and study, slow familiarision with the subject in order to bring it to life again and render it vividly portrayable.

Folk tales and songs used to be pop material, available at the tip of one’s tongue. These were thoughts and quips sufficiently understandable to everyone. These were verses that helped people express joy, despair, hope and a heart brimming over with love. They provided material for coping with day-to-day existence. The time of oral expression is unimaginable to us, children of digital culture. We are familiar with folk tales in different versions, transposed into books, electronic media and stage performances, inhabiting educational institutions and museums, having already acquired the aura of cultural heritage no longer as merely interesting images, but as subjects of study, systematisation, analysis, evaluation.

We repeat them differently now that written originals have become readily accessible. The claim, even if a false one, that you repeated something exactly as you had heard it inspired admiration in the era of oral culture. It added credibility to storytellers and their memory in the eyes of the listeners. Storytellers did not think about authorship but received stories and recounted them in their own fashion. How much does this self-confidence, which is built on repetition, differ from modern-day experience? If not forthrightly identified as plagiarism, repeating after someone signifies at least lack of creativity. To achieve public credibility in times of mass reproduction and availability of endless copying we must emphasise, even promote our own authorship, but also duly credit other people’s original ideas. A storyteller using folk material is torn between the tendency towards repetition and the tendency towards introducing changes, authorship. There are plenty of nuances occupying this intermediate space. Thus, in these processes the roles of interpreters and performers extend to include those of adaptors, creators, authors. When it comes to folk creativity authorship remains an elusive concept.

Sometimes considerable wisdom and knowledge is required to determine what is worth repeating and what needs to be changed in folkloric material. When narrating familiar old stories, a storyteller’s personal truth hides in the details, fragments, interpretive gaps. It does not seem to ooze out from folk tales as easily as it does from stories that are based on real-life experiences and consequently ring truer.
I believe it is important that a storytelling festival presents to its audiences a broad range of different narrative genres and storytelling interpretations. And these so-called true stories occupy an important place in this selection. Nevertheless, if the truth be told, the title itself – “an evening of true stories” – hides a paradox. This is because, we are not searching for a first-person narrator’s personal account, we are not searching for sincerity. In true stories, we are not interested in the kind of truth that is diametrical to a lie. If citing American poet Louise Glück and her essay Against Honesty (published in Proofs & Theories: Essays on Poetry, 1994), honesty and sincerity refer back to the already known. Honest speech is a relief and not a discovery. The artist’s task involves the transformation of the actual to the true, which is revealed only during the process of storytelling and listening. And there is no test to ascertain the truth beforehand. As readers (or listeners), writes Glück, we know it by its result, by the sudden rush of wonder and awe and terror. And thus, in my opinion, narrations of real-life experiences or folk tales or myths are just many different routes to the same goal.

In my mind’s eye, at the intersection of true stories and fairy tales, lies Resia. Probably because animal stories from Resia, which have become embedded in our collective memory also thanks to a TV series, are so concrete, so localised. The lives of the little beasts from Resia are much akin to day-to-day human destinies. As in a looking glass, concrete realities of human lives are reflected in the relationships between animals. While I was re-reading the Zverinice iz Rezije [Little Beasts from Resia] collection, one of these beasts stood out: skakelj citiravec (The Capering Musician). The Singer who paints botra lisičica’s (the Vixen Godmother’s) house so beautifully to arouse general admiration but is there also “to clean up”. This skakeljkeeps hopping and singing all summer long but starts to feel frightfully cold when winter comes and has nowhere to hide from the cold like the hardworking rusicas (Ants). Knowing that his music can enliven long winter evenings, they sometimes take him in, and other times, because he did not work hard like they did, they let him freeze to death. In the year marking the centennial of the birth of Milko Matičetov, skakelj citiravec prominently features in the visual design of the 22nd Storytelling Festival.

A folk tale belongs to the storyteller only while he is narrating it. Afterwards, it again belongs to everyone. Available for further use. A narrated story could result in a new story, a talk, precious silence. Then again, it could leave nothing in its wake. This festival has been organised also in the hope that some of the stories included in its rich programme might lodge themselves in your minds.