The Orange Subscription Series will conclude with soloist Dubravka Tomšič Srebotnjak, a legend of Slovenian pianism, in one of the last appearances of her 75-year concert career. She gave her first recital at the age of five, and in 1955 was selected as the greatest musical talent in the USA in the age group 12–16 years. When she was 17, she graduated from the celebrated Juilliard School in New York with two special prizes. Her magnificent pianistic journey, encompassing more than five thousand concerts, has led her to the world’s most prestigious concert venues on all of the continents and has brought collaboration with numerous eminent conductors.

Honoured as emeritus professor of the Ljubljana Academy of Music, her recordings have been released on nearly a hundred CDs. On celebrating her 80th jubilee, she will bid farewell to the subscription series audience in the company of the Slovenian Philharmonic Orchestra, with which she has been collaborating for some sixty years. Under the baton of Simon Krečič, she will perform two of Ludwig van Beethoven’s piano concertos with the orchestra. Piano Concerto in G major surprises the listener with the solo piano’s presentation of the central motif before the orchestral introduction. The apex of Beethoven’s five piano concertos is his last work in this genre, Piano Concerto in E flat major, which, with its fiery virtuosity and symphonic dimensions, fully deserves the title “Emperor”.

The programme begins with the composition Naturae vox - Klic narave by one of the most prominent Slovenian composers, Alojz Srebotnjak, the late life companion of Dubravka Tomšič Srebotnjak. He studied composition with Lucijan Marija Škerjanc before furthering his studies abroad, drawing attention to himself early on with his exceptional sense for vocals and expressiveness. The composer matured with the express goal of “declaring his own inner being”. 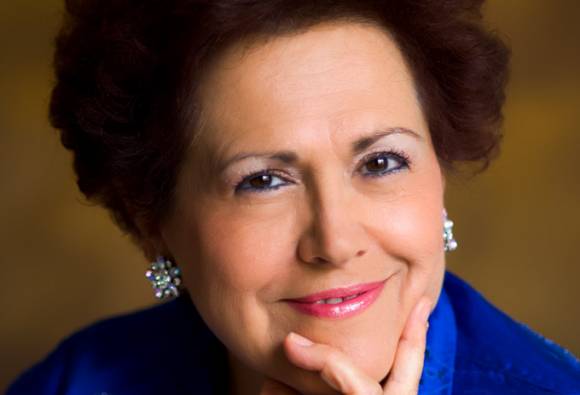